Katie Grennan has been

connected to the music and dance of Ireland from an early age. Her unique musical style and passion for the interaction between music and dance have made her one of the genre’s most sought after performers of today.

Katie’s musical training began at the tender age of 4 with classical violin, and she was named as one of WQED’s “Musical Kids” after only a few years of instruction. Throughout Katie’s childhood and teenage years, she was the concert master of several respected youth orchestras across Pennsylvania, including TRYPO’s Symphonette, North Allegheny’s orchestra and North Allegheny’s Golden Strolling Strings Program. Additionally, she was a first violinist in multiple PMEA festival orchestras and the Pittsburgh Youth Symphony Orchestra, where she participated in her first European tour as a teenager.

9 year old Katie playing a tune at a feis.

As an 8 year old child, Katie caught the Irish dance bug during her very first lesson at the internationally-ranked Burke School of Irish Dance (now the Burke-Conroy School of Irish Dance under the direction of Theresa Burke, Mary Conroy-Adams and Laura Conroy-Rust). She quickly climbed the competitive ranks and qualified for her first world championship  in Ireland at the young age of 12 and subsequently every year thereafter throughout her dance career at the Midwest Oireachtas and North American Irish Dance Championships.  Katie has since appeared multiple times as both a fiddler and dancer with well-known artists touring through Pittsburgh such The Chieftains, Cherish the Ladies, and Eileen Ivers, Marvin Hamlisch and the Pittsburgh Symphony Orchestra. She is the only known performer to both dance and play music at all three major concert halls in Pittsburgh: The Benedum, The Byham, and Heinz Hall! 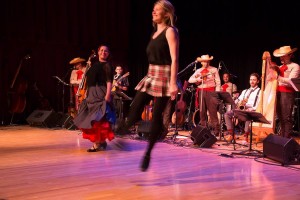 Katie dancing at the Old Town School of Folk Music

Katie went to college at the University of Notre Dame, she double majored in Accounting and Psychology, yet was still able to broaden her experience in both music and dance. As a member of the Notre Dame Irish Dance club, she performed in front of thousands at a multitude of events including the annual “The Shirt” unveiling, football pep rallies, men’s and woman’s basketball games, and an array of private events. She refined her teaching skills by co-training and organizing the first ever Ceili Club group to compete in the All-Ireland Championship in Killarney, alongside World Champion Deirdre Robinett. The group took unanimous first place, which sparked a wonderful annual tradition for campus organization.

Upon graduation from the University of Notre Dame, Katie competed in the North American Irish Dance championships one final time, and after another top 10 finish, she shifted her focus towards teaching and performance. She sat for the official Irish Dance teachers examination (T.C.R.G.), administered by An Coimisiún le Rincí Gaelacha, the highest governing body in Irish dance. She passed with high honors and scored 100% on the music portion of the exam. 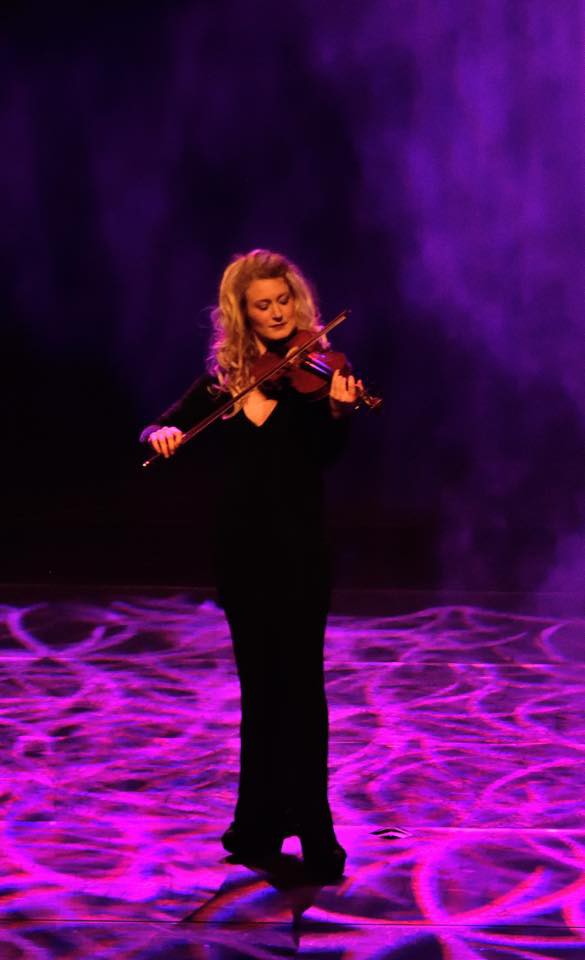 She moved to Chicago, where she resided for five years. During her time in the Windy City, she worked both as as an analyst at a management consulting firm that focused on the healthcare sector and as a lead instructor at the Trinity Academy of Irish Dance. She also began playing traditional Irish music alongside many of the city’s finest musicians, including John Williams, Maurice Lennon, Dennis Cahill, Jimmy Moore, Kathleen Keane, and Paddy Homan. Katie has been featured in many professional touring productions, most recently the Trinity Irish Dance Company, Michael Londra’s Celtic Fire, and Hammerstep (featured on America’s Got Talent in 2013), which have brought her to many venues across the United States, Europe and Asia including Japan, Taiwan, China, Germany, and Ireland. She was featured in the November 2015 issue of Irish American News and the August 2014 issue of the Irish Dancing Magazine. In 2017, she appeared on “A Prairie Home Companion” hosted by Chris Thile as a guest along a variety of artists including Andrew Bird and fellow Irish-traditional musician John Williams.

To date, Katie has released two albums: “Between Worlds” (2015) and “The Second Story” (2017), both designed for dancers to practice to and for listeners to enjoy.

While Katie spent time in Pittsburgh for two years while completing the Masters in Arts Management program at Carnegie Mellon University, she currently lives in Chicago where she continues to play and teach music.

Katie is currently involved in a variety of independent projects, including indie/folk group The Little Family Band, originally from Detroit but now based in Chicago and The Johnnies, a group of Chicago area trad-heads. Additionally, Katie is an in-demand feis (Irish dance competition) musician and is also available to play at private functions, such as weddings or receptions.

Katie is now actively touring with beloved Celtic band Gaelic Storm as their fiddle player. Gaelic Storm was the featured band in the movie Titanic and has been touring extensively ever since. Check out www.gaelicstorm.com for tour dates and appearances.